McMaster Scientist and Team Discover the Antibiotic Potential of Cannabis 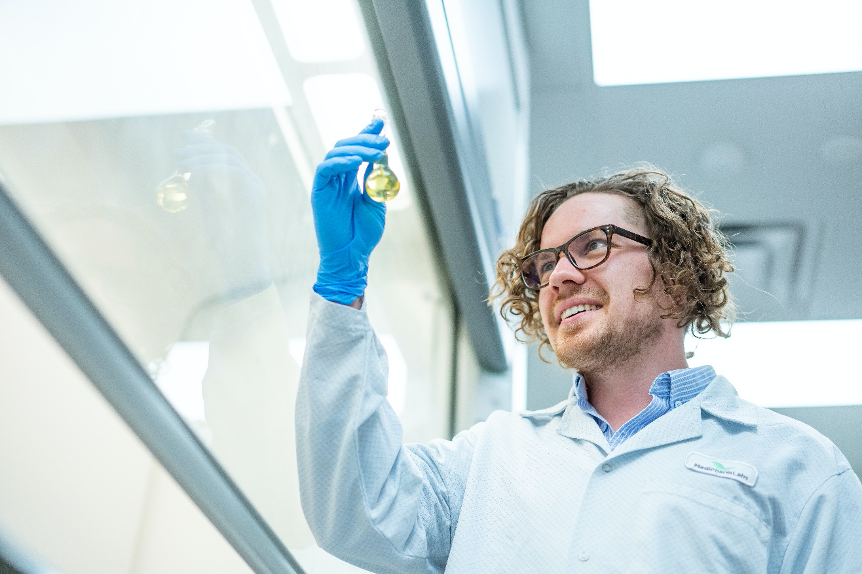 Dr. R. Tait Gale, Research and Development Manager at MediPharm Labs, was a part of the multi-disciplinary team at McMaster University during his graduate studies.

Scientists have long suspected that the hundreds of chemical constituents in the cannabis plant may have antibacterial properties. With more drug-resistant superbugs on the rise, researchers globally have started mining cannabis-derived compounds for therapeutic potential. And it looks like a team of researchers from McMaster University in Canada may have potentially discovered one.

The principal investigator of a recent study, Dr. Eric Brown, a Distinguished Professor of Biochemistry and Biomedical Sciences at McMaster University, found that mice infected with methicillin-resistant Staphylococcus aureus (MRSA) —a common and sometimes deadly bacteria —could return to health with a cannabinoid called cannabigerol (CBG).

Dr. R. Tait Gale, Research and Development Manager at MediPharm Labs, was also part of the multi-disciplinary team during his graduate studies. “I did my PhD in Biochemistry and Biomedical Sciences with Dr. Brown at McMaster” he said. “This project was very engaging. I’m thrilled to have been a part of it. There are few plant-derived antibacterials, and I’m excited to see how they might contribute to the overall armamentarium.”

Unlike its chemical cousin Δ9-Tetrahydrocannabinol (THC), CBG is non-intoxicating. So, it won’t get users high. This property made it more viable for research. 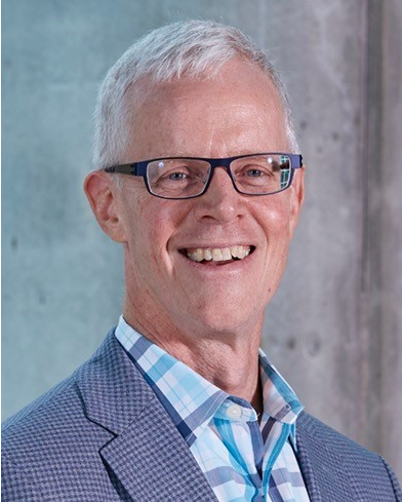 "We were pretty interested in this compound because it was non-psychoactive and had the best opportunity for applications,” Dr. Brown said. “We managed to synthesize CBG in mass quantity, which allowed our team to study its mechanism in more detail.”

According to Brown, the cannabis plant might be producing antibacterial substances to protect itself, which could explain its effectiveness as an antibiotic.

“Most antibiotics are natural products,” he explained. “By and large, they come from organisms that dwell in the soil and our environment. These microbes are making their own antibiotics, so they have an advantage over other fungi and bacteria. Essentially, they are in a neighbourhood competing for resources, so they are killing off neighboring bacteria to exploit available resources such as food.”

Penetrating the biofilm of resistant bacteria

Discovering that CBG has antibacterial properties against the drug-resistant MRSA was significant given that the Staphylococcus aureus bacterial strain is recognized as a leading cause of infections and a major perpetrator of illness and Death on the World Health’s Organization’s list of “priority pathogens” released in 2017.1 While it can cause minor irritations like pimples or boils, it can also lead to respiratory or blood infections in more serious cases. Moreover, the strain has become increasingly resistant to antibiotics currently on the market.2

One reason harmful bacteria are so hard to treat is that they protect themselves with their own robust biofilm, which antibiotics have difficulty penetrating. Dr. Brown’s team showed that CBG was able to penetrate this biofilm, effectively targeting the resilient bacteria.

Not quite ready for market yet

Despite the fact that CBG showed the strongest antibiotic potential, there was a downside. In extremely high doses, CBG was found to have toxicity issues and actually damaged human cells.

“In some ways, this wasn’t a complete surprise,” said Dr. Brown. “If CBG could be active on the bacterial membrane, it could also be active on membranes of an infected host. If CBG were created by plants to fight off pathogens, it may not be optimal for treating a human, as it might have toxicity for humans.”

Additionally, he pointed out that CBG was only tested against MRSA in mice. This means that it’s unclear if it would have the same results in humans.

Don’t try it at home

While CBG may show potential in the lab, Dr. Brown was quick to caution that this doesn’t mean that people should try their own DIY CBG antibiotic remedies.

“The standard for using something as a medicine, at least in my world, is evidence-based medicine where extensive testing for safety and efficacy is required before approval by regulatory authorities and prescription by a physician. You don’t want to be dosing yourself with chemicals on a hunch, particularly if you’ve got an infection.”

Just because a product like CBG is natural doesn’t mean it’s safe, he emphasized. “Using it as a home remedy for an infection can actually be worse for a person than doing nothing.”

Based on these preliminary findings, Brown is keen to forge ahead to investigate the antibiotic potential of cannabis. “We’re interested in cannabinoids as starting points for new medicines because we know they’re bioactive, we know they have the stuff to be available in the body. They even cross the blood-brain barrier.”

Reducing the toxicity of the CBG compound by possibly combining it with other substances is the next step, he said. “If we think that CBG is not necessarily the compound to put into a human, it could nevertheless be a good starting point for a really good antibiotic drug.”

“We have a nice window to work with – CBG is more toxic to the bacterial cell than the human cell – and we are working to make analogs of CBG where that safety window is even wider.”

Canada’s waning stigma regarding medical uses of cannabis is helping research move forward as well, he noted. “It puts Canada in a good position to be a world leader in this area.”