Like many plants, the cannabis plant produces its own chemical compounds. These are called cannabinoids.  While research is still in emerging stages, science believes that there are more than 60 different cannabinoids,1 some with therapeutic potential.1 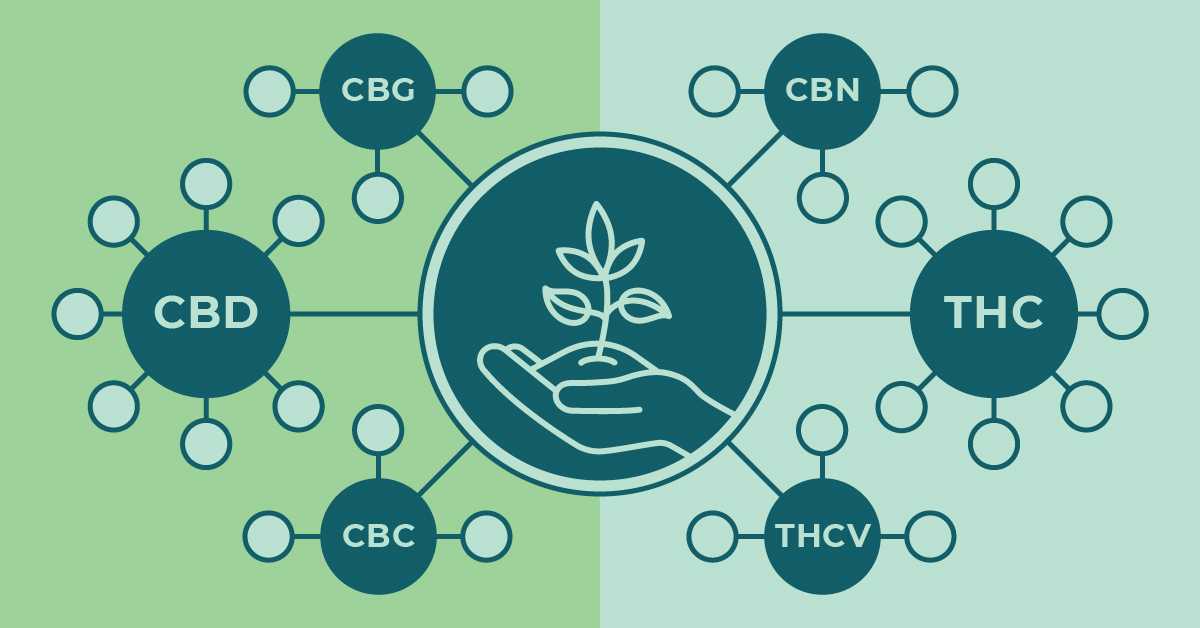 How do they work? Cannabinoids interact with receptors in the central nervous system, the peripheral nervous system, and peripheral immune system. 1 These are collectively known as the endocannabinoid system (ECS).1 The ECS is believed to regulate many physiological processes in the nervous system and organs. These processes are involved in pain sensation, inflammation, mood, and fat and energy metabolism, just to name a few.1,2

The two best known, and most studied cannabinoids are delta-9-tetrahydrocannabinol (THC) and cannabidiol (CBD). THC has psychoactive properties that give people a euphoric feeling or ‘high’. THC is also showing promise in having pain-fighting properties.2

Unlike THC, CBD doesn’t get people high. Due to its non-psychotoxic properties, it is prescribed in Canada for a diverse demographic, depending on their medical conditions. Studies show that it can be an effective treatment for chronic pain 3, the muscle spasms of MS 4, and drug-resistant epilepsy.5 It may also be used to promote sleep, although studies have shown mixed results in this area.6

Because CBD has become so trendy, found in cookies, chocolates and bath oils, many people assume it has no ill effects. But like many wellness or natural health products, CBD may cause side effects. While it is generally well tolerated with a good safety profile, it may cause fatigue, vomiting and drowsiness in some people.7

Another cannabinoid misconception is that THC is only for recreational use. But THC can have medicinal applications on its own or when combined with CBD. 1,2

With the goal of understanding the role of various cannabinoids, scientists are starting to explore lesser known cannabinoids, which have been woefully understudied. One reason is that these minor cannabinoids are generally less abundant in cannabis, so they are hard to isolate and analyze by themselves. However, some may have therapeutic potential. These include:

The antibiotic properties of CBG

One of the most exciting recent discoveries was that cannabigerol (CBG) may have antibiotic potential. An interdisciplinary team of McMaster researchers found that CBG was not only antibacterial, but also effective in mice against a resilient family of bacteria known as methicillin-resistant Staphylococcus aureus (MRSA).8 Discovering that CBG has antibacterial properties was significant given that the Staphylococcus aureus bacterial strain is a leading cause of deaths and infections worldwide, and has become increasingly resistant to antibiotics currently on the market.

Although CBG showed strong antibiotic potential, there was a downside that it had toxicity issues at extremely high doses. The research team is continuing their antimicrobial discovery work by developing synthetic derivatives of CBG.8

Studies have shown that this cannabinoid may have potential for the management of disorders such as chronic liver disease and obesity, particularly when these are associated with inflammation. 9

While much of this is anecdotal evidence, some researchers believe that it can be helpful. But as with all the cannabinoids—especially the less studied ones—more solid science is necessary to prove their benefits.